This is session number 128 of the Absolute Mind podcast and this show is all about letting go of frustration that we have when we are in relationships.

When relationships are brand-new we feel quite relaxed about another person’s quirks and personality. But as time goes by, and we lived with our partners, the smallest of issues can really begin to grate us. This frustration over the smallest things can ultimately ruin a relationship.

Looking For The Podcast Offer?

In this podcast I’m going to go through several tips and techniques for you to become more forgiving, and not put so much emphasis on those small quirks that really do make you become frustrated.

The interesting part is most people in relationships do feel frustrated by their partners for the tiniest little things. So much so, in that if you were to talk to another person about what bothers you, it might seem really insignificant, but to you, there’s nothing more frustrating.

Tip 1: Does it really matter?

Does it really matter, is an interesting question because of course it matters that moment that the toilet roll is put on the wrong way. But in the grand scheme of things, that wasn’t an issue again this time until you’ve seen it again. The reason why this is interesting, is because you seem to let it go, in between times and that this little quirk happens.

So you’re not permanently angry that the toilet rolls put on the wrong way, or that the toothpaste is squeezed from the middle of the tube, or that their shoes left at the door and not in the cupboard. Rather you become frustrated and angry again when that happens again. So that there are large periods of time in between that were it simply doesn’t matter. So you need to ask yourself the question. Will this matter to me in two hours? Hopefully the answer is no and that should allow you to reduce your frustration.

Tip 2: They are not trying to annoy you

Frustration usually builds because one of the partners believes that the other is doing their quirk just to get on their nerves. Aren’t we such funny beings, that we really think that someone would go to the extra effort, just to annoy us time and time again, to cause an argument that they wouldn’t want either.

The little bit of understanding here that we are not all the same, if we were life would be extremely boring. So whenever you think that they’re being annoying, which means actively trying to annoy you by doing those quirks that you don’t like. Your most probably wrong.

If you’re a regular listener to Absolute Mind podcast, then you will have heard myself and Paula talk about the principle that no one ever dies from the snakebite, it’s the venom inside that kills.

Put simply, this means just let go of the anger or frustration. The venom that courses around you is doing you harm and is absolutely nothing helpful about it. You put the venom there, so the quicker you allow that venom to subside, the better you will feel.

It’s a bit like poking and opening a cut, and then complaining about it not healing and hurting.

There’s another great saying in relationships that if you get the chance to be right or kind, choose kind. Now of course there is an element here that you can become extremely boring and not challenge or question your partner in a relationship. But there’s also a piece here that so many people in relationships, constantly challenge and unnecessarily question their partner’s views or opinions.

So if you find yourself with something on the tip of your tongue about to correct or object about something your partner is done. Remember, you have a choice here, you choose to be right and comment or you choose to be kind and enjoy the rest of your evening?

So many relationships are built on giving and taking. You have heard this so many times while growing up also. However there is a massive problem with this. If you wait to get before you’ll receive, and both people in a relationship do the same, then you’re both never get or give anything.

So get used to giving first, and giving again, and expecting nothing in return. Take control and plan the nights out, planned the birthdays, and give without expecting. This way, you will more than likely find that the favours, helpfulness will come back. If not, remember one of the other tips that were all different? Just enjoy the process.

Tip 6: People are all different, so relationships 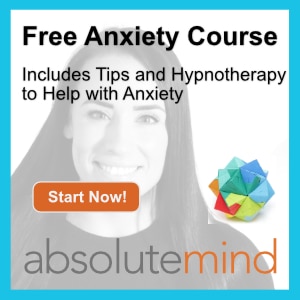